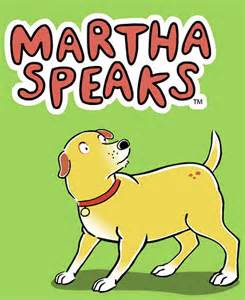 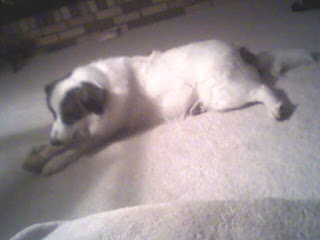 beans done made a boy upset. They clicked thru and saw on PBS a tv show called Martha Speaks and think me and Martha look alike. They said we have the same body shape and ears. I said i no look like a girl.

On the plus side, beans bought some yogurt bones at Kroger and only Randy and I were interested. So we scooped them up. Beans bought 6, one for each of us and I ate mine, Roxies, Jays and Rileys. Randy ate half of his, and dropped his when Jack left his own and scooped up Jacks. I swooped in on the half bone from Randy. So it was a good day. Other then being compared to a girl...Carlito
Posted by THE ZOO at 8:17 PM